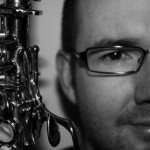 Home by 11 is now available on  and iTunes Tall Poppies Records – buy your copy here.

Home By 11 is a new album by Mix’t that expresses the modern Australian musical experience, creating a kaleidoscope of vivid sonic images. Mix’t is an ensemble of three virtuosic Australian musicians, dedicating itself to discovering musical intersections and presenting thought provoking concepts within an accessible framework. Home by 11 is a unique catalogue of music where the seemingly disparate music worlds of Western Classical, Avant-garde, Jazz, Funk, African and Latin-American collide, collude and become the best of friends.

“Home By 11 provides a much-needed addition to the collection of Australian recordings and brings to light, in a unique way, some of the latest developments in Australian composition and musicianship.”  (ABC Classic Fm)

Enjoying artistic careers that span a multitude of genres, Mix’t brings together an enviable collection of Australian musicians, contributing to the Australian musical identity. The music of Lindsay Vickery, Tom O’Halloran, Cathie Travers, Johannes Luebbers, Matthew Orlovich, Mace Francis and Paul Tanner is brought together on this album, played with a flair unique to Mix’t.  More recently, The music of Roger Smalley adds another much welcome iconic Australian flavour.

In March 2018, Mix’t  returned from Shanghai where they were Artists in Residence at the Shanghai American School working with students to produce innovative performance and composition projects.

Since their first performances together in 1999, Matt Styles and Adam Pinto have given numerous performances in Perth, Brisbane, Sydney and Melbourne.  Specialising in cross-genre works, the pair have delighted audiences with their versatility and flair.  Between them, these diverse players are able to cross seamlessly in and out of the classical, Latin-American, African and jazz idioms, taking the audience on a thought-provoking musical journey.

Joined by the incomparable talents of percussionist, composer and arranger Paul Tanner in 2011, Mix’t has performed everything from Richard Rodney Bennett, John Williams and Jacques Ibert to Chick Corea, Charlie Parker and George Gershwin and Roger Smalley. They have performed in International Festivals, National Conferences and for Heads of State giving exciting and fresh interpretations of works.

Further, these artists are also inconstant demand as performers and educators, inspiring the young musicians of tomorrow with their broad and exciting performances. For the past decade, they have been encouraging younger music students to explore new areas of music by being regularly invited artists performing at both Edith Cowan University and University of Western Australia. This unique partnership has also performed together as part of the Western Australia Symphony Orchestra and were foundational players of Ensemble Vertigo, new music ensemble.

Matt, Adam and Paul are at the forefront of cross-genre performance practice and research, and continue to investigate the possibilities this could bring for performers, composers and pedagogues.

Get in touch with Matt
info@mattstyles.com.au

Get in touch with the FSO fso@mattstyles.com.au